[Taste News Alert: New Brother Visits YS]
This year's most eye-catching TV series "The Distance between Us and Evil"
There are # Xiaohong, #salt pot professor, #blind man Aqing
These characters all come from @ 洪都拉斯!
Let's see how Brother Hong faces his rich and varied career life
In order to exercise such flexible performance energy and deep character background!
[Click on the photo to see more 呦]

Gold rice bowl, silver rice bowl or iron rice bowl?
At the beginning of the lecture, 30 years ago Hong Ge just retired
Entered the "South Asia Plastic" everyone was envious of at the time
Although holding an iron rice bowl, for a 23-year-old guy
"Stable" life is also a kind of bondage
Invitation from classmates at a primary school
Resolutely quit his stable job and entered the entertainment industry
Let Hong Ge in the most flourishing era of TV industry
Feel the bright and beautiful working atmosphere of performing arts work
Performing art seeds will sprout in Hong's heart!

Love what you choose is not easy
Showbiz is a place of love and hate for Brother Hong
In reality, the road to performing arts is not smooth for Brother Hong.
After 2 departures and 2 returns
Behind the scenes with Hong Ge is also the current imitation and constellation master Guo Zigan
Together, they played the role of costume props and string dragons in the China TV series.
But in the contract that turned into a full-time actor, he did not include Hong Ge
Because of this, I drift away from my partners
Although I tried to recommend myself to producer Mao Sui
But I received a short sentence "You are not suitable"
Makes him full of enthusiasm as if poured a bucket of cold water

Knowing how to change jobs and ideas is the beginning of life
Successive blows let Hong leave TV
Originally hoping to be able to "return clothes to the hometown", he quitted and returned home.
Dad just passed it in Taiwanese: "Come back"
Let him understand that there is acceptance and tolerance of the family anyway, and have more power to start again
As a soldier, his unique driving experience made Hong Ge decide to start a new working life with taxi drivers first.
A guest said, "You come out to drive a car to support your family at such a young age, and you will be very successful in the future."
Let Hong Brother share with you the truth of "a good word, three warm winters, and bad words hurting the cold in June"

True love to find trouble
Flexible working hours allow Hong Ge to hold multiple positions
Also sold seafood, OA business, etc ... different jobs
Until serving as a freight driver with a monthly income of 60K!
It was comparable to the salary of a TV manager at the time. The job made him quite satisfied before he stabilized.
Everyone even asked, "Do you know how much I make in a month?"
But when he wanted to enter the marriage, he was questioned by his girlfriend's parents: "What plans do you have for the future?"
He even hoped that Hong Ge would quit this job that often traveled around
And for true love, Hong Ge resolutely offered to resign
He was unemployed again, and met Peng Ge, who also loves baseball, on the court.
Even invited to be the team manager of the shining star
He later turned into an assistant to Peng Ge, and at this time seemed to see an opportunity to return to the showbiz.

Actor, not so good
Follow Peng Ge besides his usual assistant job
And part-time script writing
Produced many scripts through his life story and experience
But what I never forget is the performance in front of the curtain
Once I got a chance to shoot, it was only when I arrived at the scene that I was playing "Water Float"
Obstacles and considerations for on-site staff
Even if the temperature is only 2 degrees, I still shoot the game with my head in the water.
On the way home from work, Brother Hong had a deep understanding and shed tears.
Talk to yourself "Do you really want to be in the show business?"

Thousands of drama life!
The stage where there was no suffering
At that low-temperature 0 line performance, the dedicated performance spirit was finally seen
Director Chen Yushan met Brother Hong, and he has more opportunities for script writing and performance
15 years from entering the TV series "Serial Bubble" to Sanli "Golden Night Club"
, "Imitation of the Iron Lion", "Imitation of the People"
It took thousands of rounds to make the role of "Honduras" officially from behind the scenes to the front!
Brother Hong said, "There are always many opportunities and misunderstandings in life."
In the lecture, he thanked Jin Zhong for his nomination, thanked his family for his support, and thanked a lot for his troubles.
What made Honduras now
Applause encourages Brother Hong, let us continue to look forward to his new work

It ’s okay to miss an event, sign up for all events on Facebook and the official website
Let us accompany you here to find the future 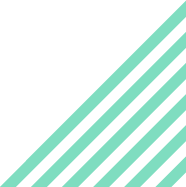